Banks breaking their own rules in failing to cancel direct debits 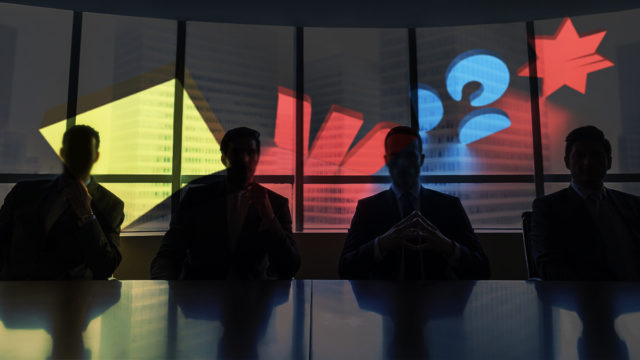 Australia’s major banks are breaking their own rules by failing to cancel direct debit payments for household bills, a new report has found.

Direct debits arrangements – where consumers pay with their BSB and bank account numbers rather than credit or debit cards – are often used for utility bills, gym memberships and to make mortgage repayments.

But BCCC boss René van de Rijdt said consumers are being forced to jump through unnecessary hoops to control how this money is being spent.

“People should be able to call their bank or pop into a branch and say they need to stop a payment,” Mr Van de Rijdt told The New Daily.

“It could be the difference between putting food on the table or not.”

The BCCC is an organisation that was set up under the banking industry code to monitor if banks are keeping the promises they made to consumers.

Its latest research used mystery shoppers to check bank compliance with a chapter of the code that outlines direct debit cancellation policies.

The report comes after consumer groups accused the banks of “cutting corners” in their response to the banking royal commission last month.

“There has been a history of really poor compliance,” he told TND.

“This provision is really important: It gives people control over their own finances.”

Advocates are now calling for each bank to be named and shamed over their direct debit failures.

Banks break their own rules

Direct debit is a popular method for paying routine bills and even online streaming service fees.

But the BCCC’s survey of 378 mystery shoppers has found it is easier to start a direct debit arrangement than it is to ask the banks to cancel one.

The research found bank staff often tell or suggest to shoppers that they should ask merchants such as their gym to cancel their direct debits instead of the bank.

That is a prohibited practice under the binding banking code of conduct, which says that banks must let customers cancel debits directly.

“It could be that a payment is due for a gym or streaming membership, but there could also be a payment due for a utility bill and one has to take precedence over the other,” he said.

“You have to allow people to have a bit of financial control.”

The BCCC’s research found banks failed to comply with direct debit rules 29 per cent of the time on average – down from 80 per cent in 2010.

That is a substantial improvement, but one big issue is that Australia’s big banks are still among the worst offenders.

Although the report does not name banks due to a controversial confidentiality clause in the BCCC’s charter, it singled out “major banks”.

One major bank had a non-compliance rate of 39 per cent based on 74 separate mystery shopper interactions – much higher than the average.

One of the other major banks had a non-compliance rate of 10 per cent.

The non-compliance comes down to a failure to train frontline staff in the right policies, he said.

The BCCC will now contact each bank individually with their results and ask them to improve their communication about direct debits with staff.

Some banks have listened to previous BCCC advice about direct debits.

The organisation praised NAB for updating its website to improve communication of its direct debit cancellation policy.

But the BCCC also said other banks still haven’t updated their websites.

“Three subscribing banks appear to have little or no information available about direct debits, or their cancellation,” the BCCC said.

Name and shame to improve compliance

Mr Brody said the performance of the major banks was “disappointing”.

He said compliance may improve if each bank was named and shamed.

“If they were able to name the banks, we might see some improvement.”

Mr Brody said bank compliance with other regulations improved after  corporate regulator ASIC started naming the banks in its reviews.

Current rules do not permit the BCCC to name the banks on which it reports.

But advocates have called for the gag clause to be lifted in submissions to an ongoing review of the banking industry code.

“We’ve recommended that identification of banks would increase potentially compliance and healthy competition,” he said.

A spokesperson for the Australian Banking Association said it will meet the BCCC to discuss the findings and improve bank compliance.

“The Australian Banking Association is committed to working with banks and the BCCC to identify ways to improve compliance,” they said.

“The ABA will meet with the BCCC and banks to discuss this report in the near future.”

The post Banks breaking their own rules in failing to cancel direct debits appeared first on The New Daily.

Overworked and underpaid? Your boss might be breaking the law

Sustainability, Technology and Creativity: the key words for the new YKK FW 22-23 Collection