Private health premiums will rise on April 1. Here are five ways to cut your costs 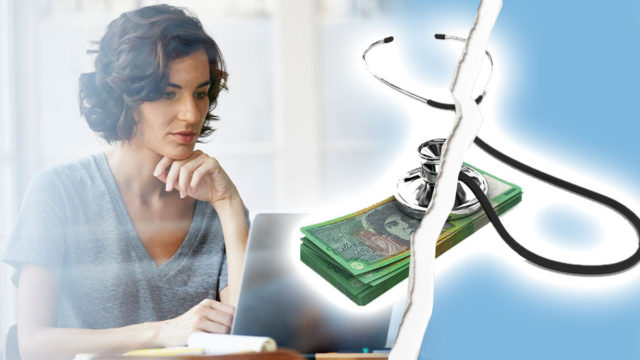 This is no April Fool’s joke: Private health premiums are set to rise on April 1, hitting some families with more than $100 in additional payments.

Insurers are preparing to bump their premiums by an average of 2.74 per cent in two weeks, only six months after the sector delayed last year’s rises until October.

Although the premium hike is the lowest average rise in two decades, unfortunate souls subject to the biggest price rise of 5.47 per cent will pay an extra $112 more every year, according to Finder.

A new survey from the consumer comparison site also found 41 per cent of policy holders are doing nothing to save money on their insurance.

Although insurers’ policies may read like gobbledygook, here are five easy ways to tackle the mounting costs of private health care.

Step 1: Do you actually need cover?

And quirks in Australia’s tax system only complicate matters.

Australians who take out insurance before the age of 31 avoid Lifetime Health Cover Loading (LHCL), which adds 2 per cent to premium costs every year they delay acquiring private cover.

But rising costs stoked by the combined effect of an ageing population and lower take-up among younger Australians saw almost 29,000 Australians ditch their cover entirely in the pandemic.

Grattan Institute health program director Stephen Duckett told The New Daily despite the LHCL’s financial hit, relying on the “world-class” public system over the long term could actually be better value for money.

That’s after assessing the need for elective or specialised surgeries and long-term hospital stays, including for pregnancy or mental illness.

“If you have an accident or a life-threatening illness, 99 per cent of those cases are taken to a public hospital, especially in instances with major trauma,” Dr Duckett said.

As with car insurance, upping the excess on a health insurance policy can help customers weather the storm of price rises that exceed inflation.

Depending on the provider, individuals can boost their limit to $750, while couples and families are eligible for a $1500 excess after limits were increased by the federal government in 2019.

According to the federal health department, raising excess from $1000 to $1500 could save families up to $350 a year.

But iSelect spokesperson Laura Crowden told The New Daily customers must weigh up the risks of boosting their excess, as the trade-off is higher out-of-pocket expenses if they require an urgent hospital visit.

A higher excess would be more suited to younger customers with a clean bill of health and no ongoing medical conditions, a group she said pays far more in premiums than they claim.

“But if you’re someone who wants to know you won’t have to fork out any unexpected costs, or if you’re risk averse, you’re probably better off going for a low excess so you don’t get caught out,” Ms Crowden said. 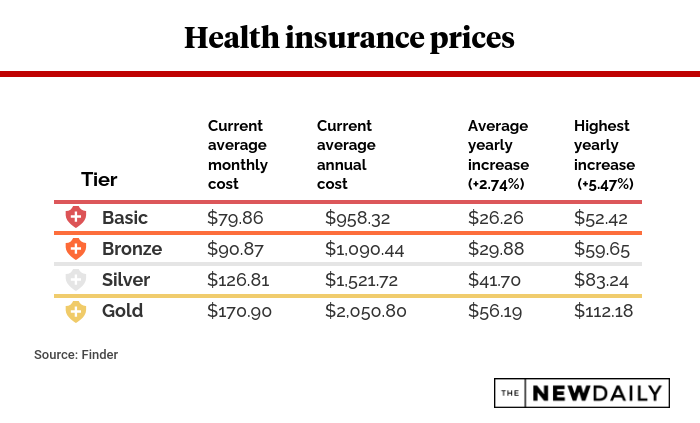 Step 3: Extras, extras, read all about them

One of the other factors contributing to high insurance costs is clients paying for unnecessary extras on top of their hospital cover.

For example, retirees who took out extras for pregnancy or young people shelling out for cataracts may pay through the nose for unnecessary needs if they have not updated their policy.

Ms Crowden said customers can tackle this problem by asking their provider to send a summary of what they have claimed over the past year so they can compare this with their list of extras.

If the cost of these extras exceeds the amount claimed, then customers should reassess their policy, she said.

“If you’re not using them, don’t pay for them,” Ms Crowden said.

“There’s no tax incentive for having them, so cutting back your extras to a lower level can help you capitalise on what you’re paying for.”

OK, so you’ve done all of the above, and you’re still craving more savings. The next logical step, Ms Crowden says, is to shop around.

But a multitude of comparison services – including the government’s comparison portal, Canstar, iSelect and Compare the Market – can eliminate the guesswork.

Ms Crowden said switching providers only requires a 30-to-45-minute phone call. But those going it alone can still get on the front foot before the April 1 deadline.

“But it depends on how savvy you are. Some people are equipped with spreadsheets as that’s their idea of a good time, but for most people, it’s not such an easy process,” Ms Crowden said.

It shouldn’t be a deciding factor when comparing apples and oranges, but increasingly, providers are offering sweeteners to recruit new customers.

With a continuing decline in membership, the industry has experienced a marked shift towards wellness and products that appeal to younger demographics.

“But you should just think of these as a bonus, because there’s no point signing up for a fund that gives you eight weeks free if you’re paying considerably more once that period runs out,” Ms Crowden said.

The post Private health premiums will rise on April 1. Here are five ways to cut your costs appeared first on The New Daily.

Ralph and Russo falls into administration

How the pandemic boosted online shopping with 183 billion dollars

In Another World – The First Digital Meta Gala

Why brands are finding success in men’s clothing rental