A year studying in lockdown at AMD: “The digital does not replace life” 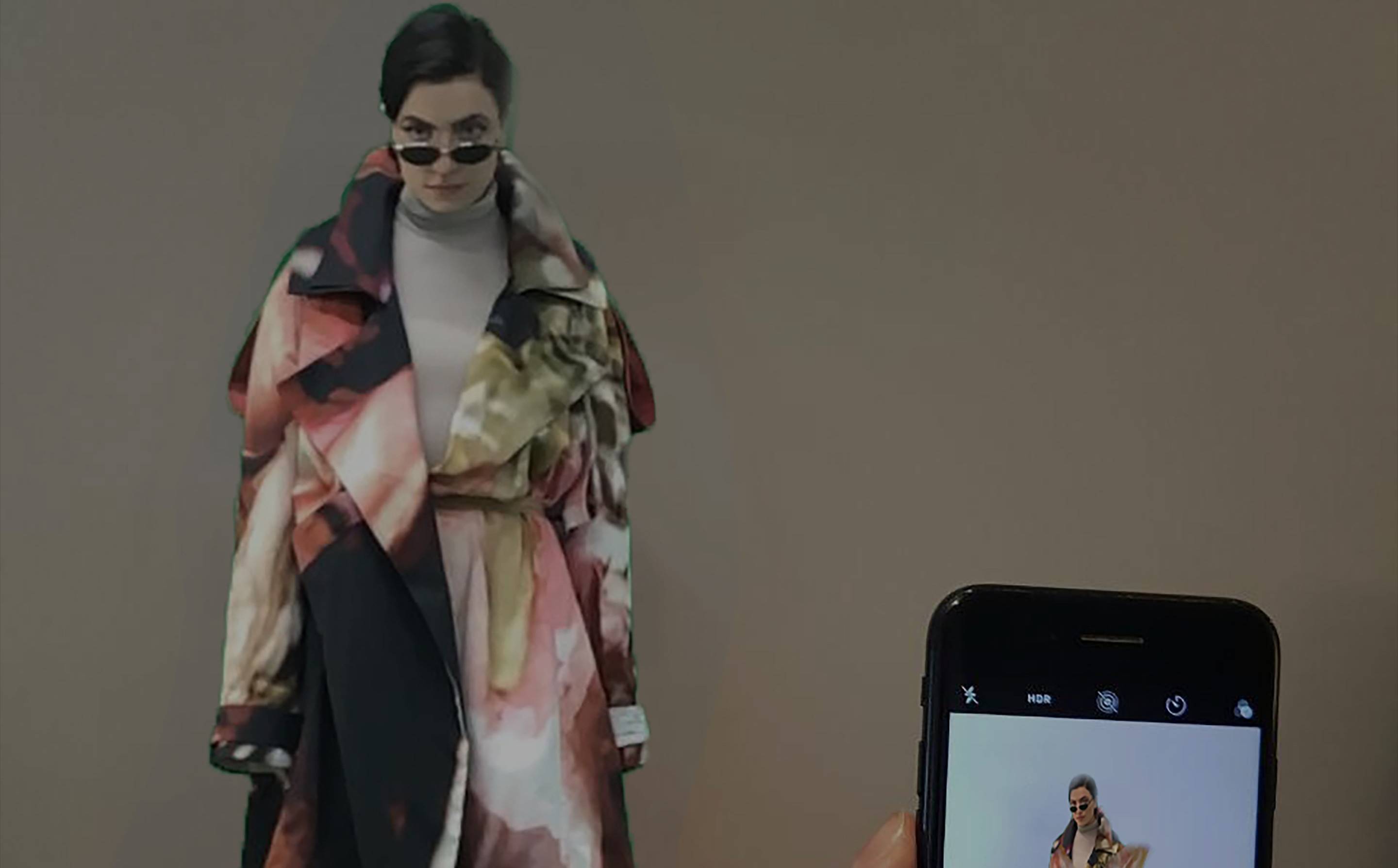 Not only the fashion industry has been dependent on the changes brought about by the pandemic for the past year. Fashion students have also been affected, bouncing back and forth between ‘homeschooling’ and hybrid teaching – depending on current federal and state corona regulations.

In Germany, Sabine Resch, Dean of Studies for “Fashion Journalism and Communication (BA)” at the Akademie Mode & Design (AMD) Munich, can tell you a thing or two about it. Together with her students, the journalist looks back on a year of teaching and learning during the pandemic.

For AMD, the starting 2020 summer semester began digitally. It was not until June that some practical subjects – such as cutting techniques and life drawing in fashion design or fashion staging and photography in fashion journalism – could be taught again in the classrooms. For other subjects, the classes were divided, with one-half of the students being taught live, while the other half followed along digitally. In order not to exceed the maximum occupancy allowed in classrooms, there were QR codes at every lecture hall door in which students needed to log in to enter.

Hybrid teaching was still possible at the beginning of the 2020/21 winter semester but then was forced to move back online and become completely digital due to the second wave lockdown in Germany. “Of course, everything didn’t always go smoothly, but the university reacted quickly and effectively so that all semesters could be carried out and no one had to accept a zero semester,” summarizes Resch. 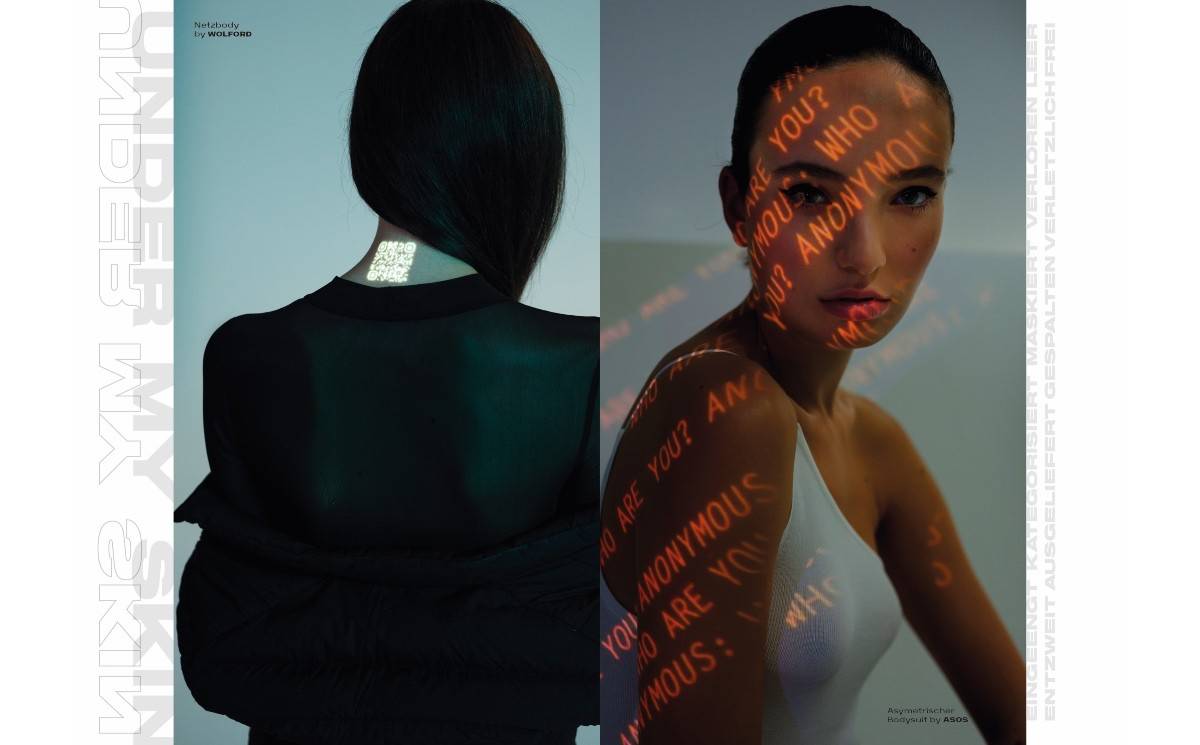 Mrs. Resch, what is your conclusion after almost a year of teaching in the pandemic?

It is good and more than helpful to have a virtual classroom option, not only in such extreme situations as a pandemic. However, the direct exchange, the lively discourse, the conversations in the cafeteria or on-campus are missing. Digital teaching alone does not constitute an actual student life. As we are discovering in many things in life right now: digital does not replace life.

In the beginning, all cameras and microphones were on by the students. Everyone was curious. The longer the semester got, the fewer cameras were turned on. Then came the argument that the wifi and connection were not working or that someone could be heard rushing to the computer after they were called on to answer a question to say: “I just had to get a quick coffee.” These are situations that don’t happen in live lessons.

What were your most bizarre situations during a digital lesson?

Funny was a situation in which, after being called to open the camera, the student stood there wearing a beauty mask. Why not? You can listen and learn while practicing good skincare. Also bizarre was a student who wasn’t sitting on her sofa but actually lying in her bed and was covered up in her blanket. I found that very new and weird at first to teach people in bed. But it is the presence that counts after all.

That all sounds funny, but it also sounds exhausting. As a lecturer, how did you deal with these involuntary ‘homeschooling’ moments?

I want to make a documentary about people’s backgrounds during a Zoom call because backgrounds are insanely interesting: Are they lounging on the sofa but still actively participating? Where is the wifi best, in the bathroom?

At first, I wanted to get upset internally because I saw such private situations on the sofa. Still, I realized that it was wonderful after all: the students make themselves comfortable and can be actively involved. Even on train journeys, students who would otherwise have had to miss class could be dialed in.

Technology and digitization play a major role, whether working from home or schooling. What options did AMD have?

We now have specific online classrooms that allow us to broadcast everything, such as our broadcast room: While part of the class is taught live because the class is too big, the other part is taught digitally in another room. For this purpose, a camera including highly efficient microphones is mounted on the wall and ceiling. The camera follows the lecturers as they walk around the room so that the broadcast is also optimally transmitted for the students at home.

As a teacher, how have you prepared for digital instruction?

Personally, I hardly had any experience with digital teaching. The entire team of professors and lecturers was prepared internally by our instructional designers and received special workshops. There were various informational events and learning tools.

Specialized practical subjects as part of the fashion journalism course were partly taught physically. What did it all look like in practice?

At Fashion Journalism in Munich, we have a teaching editorial department where we produce existing magazines so that students can learn how a magazine is created in the first place. In concrete terms, there’s a difference between reading Vogue and making Vogue. In ‘Fashion Journalism and Communication’, we were still able to create a magazine in the lockdown semester of summer 2020: 80 percent of the time in digital lessons -the text editing, the copy editing, the executive editing, the final editing, the online editing, could be done remotely. The German Vogue editorial team briefed us via a virtual classroom. The editor-in-chief – at that time, Christiane Arp – was our guest in the GoToMeeting of the teaching team. For this, we planned a men’s shoot in the auditorium – our enlarged photo studio – and deliberately booked models who lived together. However, the day before, one of the models canceled on us. We had to hire another model and then find ways to integrate masks and visors into the shoot because this was the only way to photograph the models directly next to each other.

Hover your mouse over the image and click on the icons for student comments and more information.Photo: Screenshot from Call with Vogue editors via Sabine Resch

Have any new courses or events been introduced during the current situation?

Yes, precisely because we went digital. We made a virtue out of necessity and introduced a new series with industry experts called “Ten Questions for.” We asked experts ten questions in advance, and they were answered in a Zoom meeting – in front of almost a hundred students from all locations and study programs. This semester, for example, we had the fantastic fashion theorist Valerie Steele speak from New York. In the past, we would have had to fly her in, especially for the talk. The Zoom chat made it all possible with much less effort and stress. Serhat Isik, one of the founders of the Berlin-based fashion label GmbH, was also a participant. We will now continue this series and make people available to our students who otherwise would not have been willing or able.

The physical exams could still be held in summer, but not in winter. How were the exams carried out digitally?

Examinations in the form of the so-called open book or take-home form. This means that the tasks of the exams were set in such a way that all aids were allowed and could be used during the period of the exam, the type of task was changed accordingly.

For students, there’s an immense difference between simply being an active participant in class and having to digitally deliver your final thesis paper – your heart and soul- that you have been preparing from three and a half years of study. Presenting digitally is very different from presenting live, especially in terms of being present on the screen.

In addition, for the first time, we also had to have the graduation colloquia – for graduates from all degree programs – held digitally. We already miss it live. But the normal of the pre-pandemic era no longer exists. And the new normal includes a digital graduation colloquium. So the prosecco was digital when toasting it to the screen. Everyone from students, parents, and teachers can be proud that all of this took place in times of the pandemic.

After that comes the final presentation, what was it like?

On Saturday, February 27, we presented our first Germany-wide digital work show of AMD “W.21”. We are proud of our graduates for using the pandemic as an opportunity. With W.21, we provided a stage for graduates to showcase their final projects.

This will be followed on March 29 by our first digital “AMDstage,” AMD’s first digital graduate event, where the best graduates from all degree programs and all AMD locations will be chosen with top-class juries. 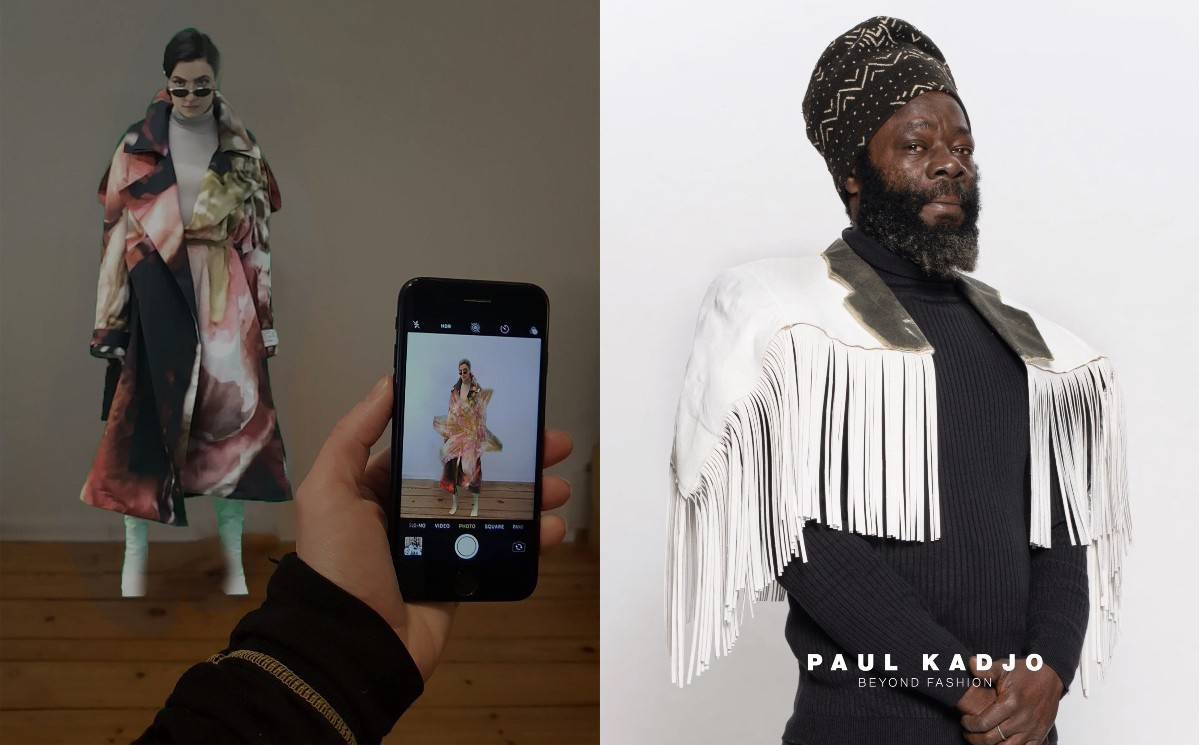 This article was previously published on FashionUnited.DE and translated and edited by Tess Stenzel

Transforming the fashion industry into a circular model: how are brands creating change?

Kanye West and Balenciaga team up once again for Donda merch

The aestheticisation of online consumer identity

Fila collaborates with Flock Together initiative on capsule