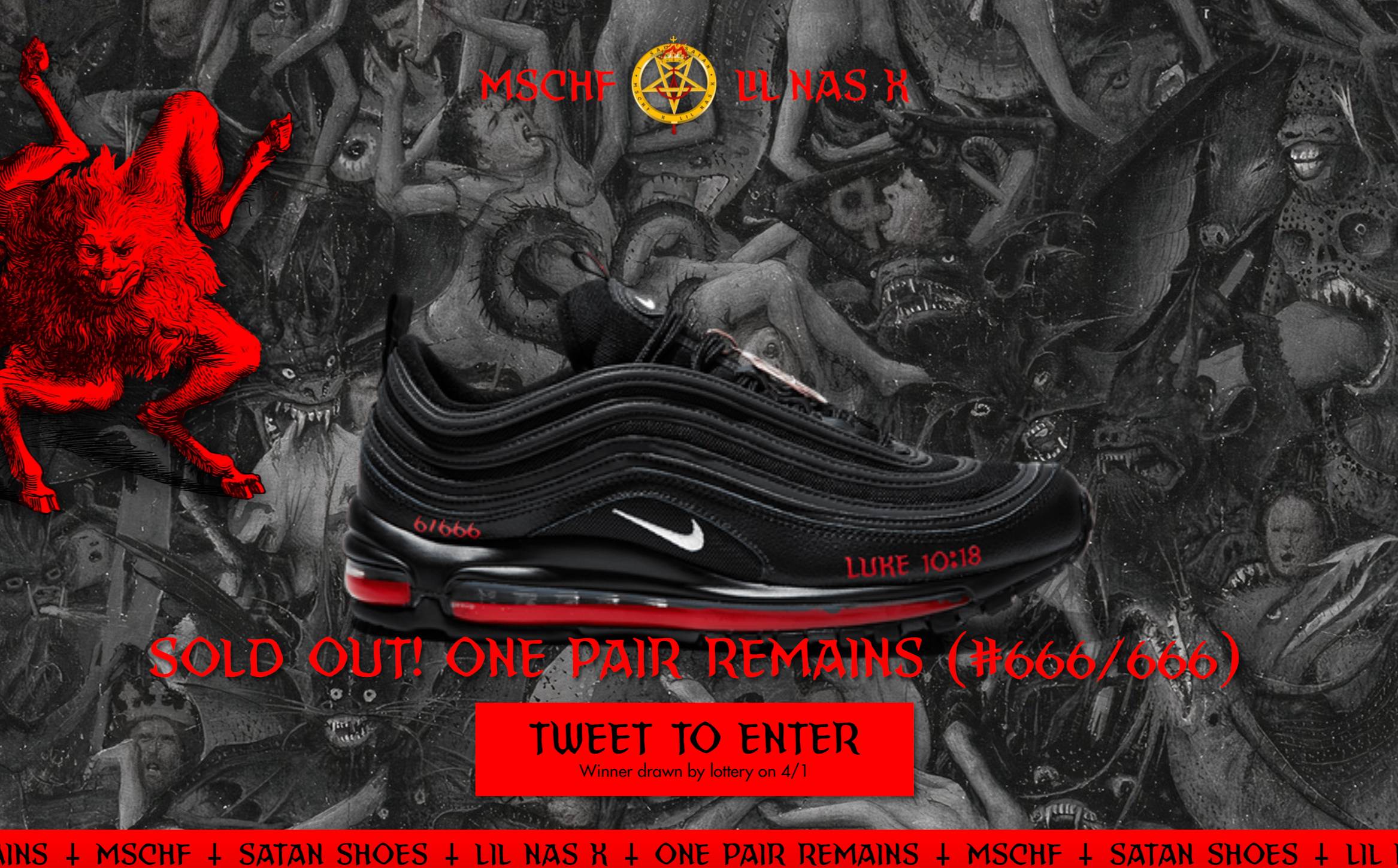 Called the “Satan Shoe” the devil-themed Nike Air Max 97 are said to contain one drop of blood in the shoe’s sole, of which 666 pairs were released.

Nike, in its lawsuit filed in federal court in New York, said the shoes were produced “without Nike’s approval and authorization,” and the company was “in no way connected with this project.”

“There is already evidence of significant confusion and dilution occurring in the marketplace, including calls to boycott Nike in response to the launch of MSCHF’s Satan Shoes based on the mistaken belief that Nike has authorized or approved this product,” the lawsuit said.

Nike asked the court to immediately stop MSCHF from fulfilling orders for the shoes and requested a jury trial to seek damages, said Reuters.

Lil Nas X is something of an anti-hero, which is at odds with Nike’s legal pursuit as the sportswear giant has long championed the underdog. According to several reports the shoes sold out in less than one minute, coinciding with Lil Nas X’ controversial track release Montero (Call Me By Your Name).

House of Harlow 1960 collaborates with Revolve